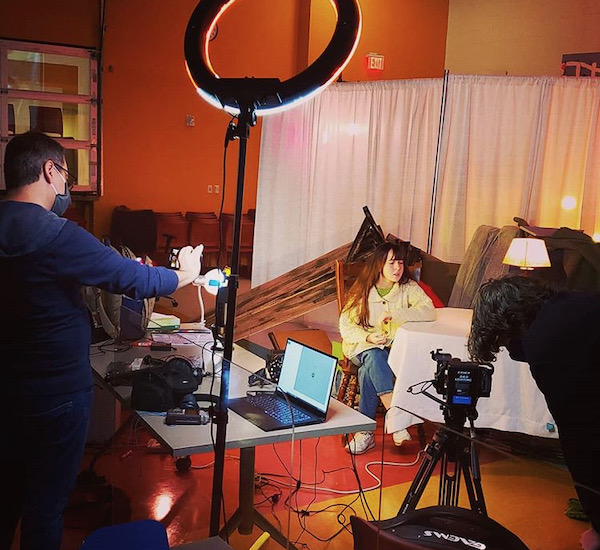 The Theatre department will livestream a presentation of Anna Deavere Smith’s play Twilight Los Angeles, 1992 on Friday the 20th and 27th at 7pm. The play was composed from the 300 interviews Deavere completed to cull reactions to the 1992 riots that followed the trial of police officers in California involved in the beating of Rodney King. The various roles include police officers, politicians, jurors on the trial, victims and participants in the riots in South Central Los Angeles. Several upper schoolers and two middle schoolers memorized and performed the roles, and Mr. Birkenhead and Mr. Baldwin helped direct and edit the production. Students will also engage in a “Talk Back” reflection on the roles after the performance on the 20th. While the events of the play took place almost 30 years ago, the topics are still timely and help students tap into the concepts of listening, discussing conflicts and completing research, areas that are central to the development of opinions that are informed, flexible, and reasoned.