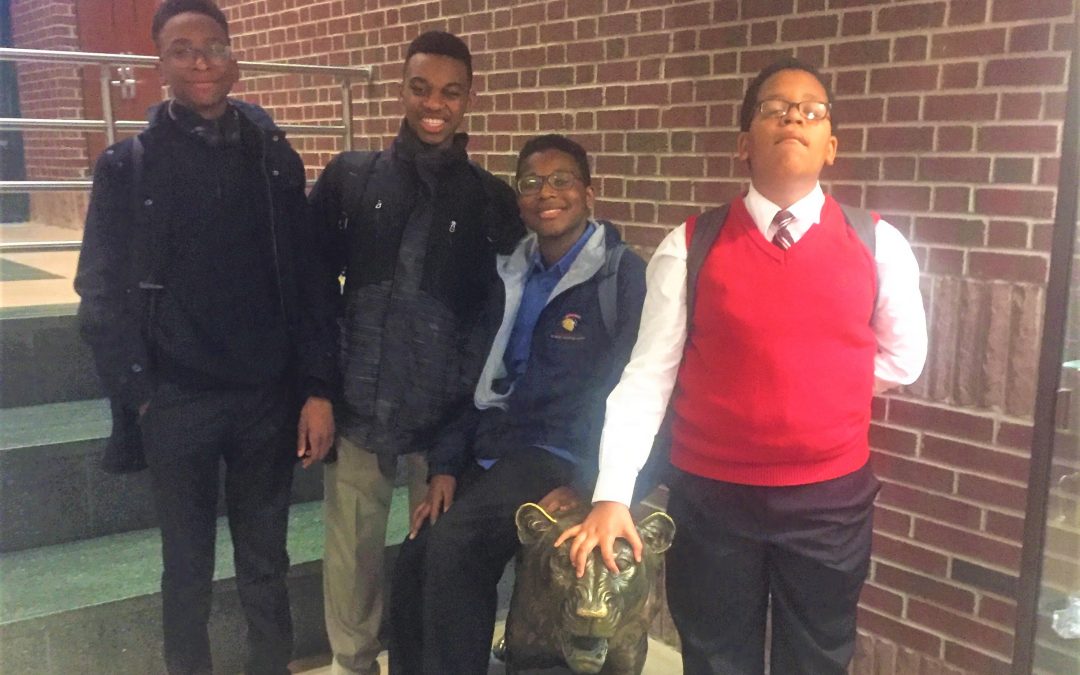 This weekend the varsity policy debaters traveled to Mamaroneck, New York for the Fall Faceoff at Mamaroneck HS. Students debated the immigration topic for five rounds over a period of two days in a national tournament. Eighth graders Brandon Souverain and Maxwell Burton, and D’Andre Person and Jackson Lewis each won one out of their five rounds. They were the only middle schoolers at the tournament, competing against students who were several years older.