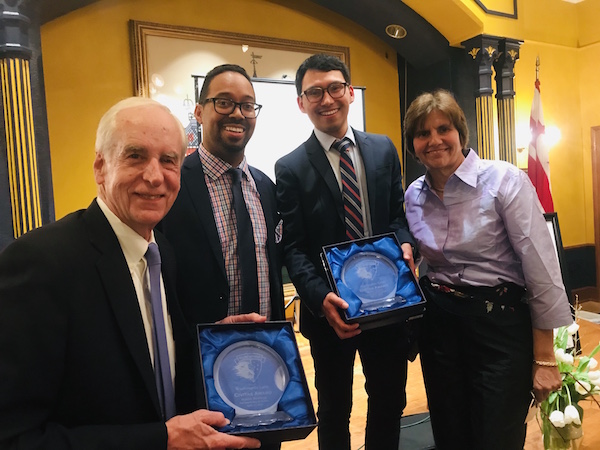 At our annual Convivium, a chance to celebrate achievement from teachers and alumni as well as members of the larger community. This year the event was hosted at the Sumner Museum. One of our 2014 graduates was awarded the Alumni Prize. This went to Walter  Deleon, who has done extensive work in government in his time since graduating, serving as an ANC rep and as the President of DC College Democrats. While at Washington Latin, Deleon interned in the office of then councilman Tommy Wells. His interest in serving the community through government work is precocious. Meanwhile, board member and classics scholar Hunter Rawlings earned an award for his service and leadership to the school. He is University President Emeritus at Cornell University, and a former teacher of Classics teacher Mr. Clausen. He lauded the school’s commitment to a classical curriculum and creative approaches to teaching classical texts by Plato, Aristotle, and Homer.