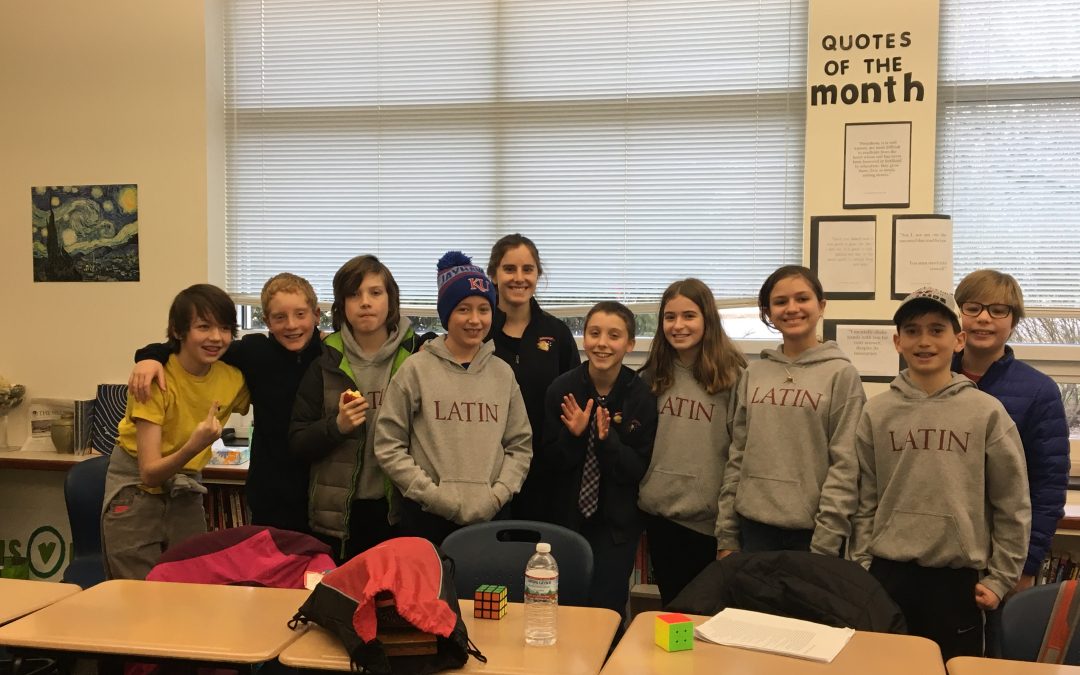 Ms. Rose took our school’s Certamen team to a tournament in Virginia this week. Our team of fifth and sixth graders, many of whom were some of the youngest participants in the event, scored well in their divisions, with one team earning a first place finish in the final round. The tournament was at the Flint Hill School. After the first three rounds, the team of Jack Pearson, Henry Dunne, Wesley Freed, and Michael Tichy placed 4th out of 10 teams, and the team of Niamh O’Donovan, Alice Pittard, Sophia Smith, Liam Saxon, and Ben Fisher placed 1st. The classical trivia based tournament included facts about classical civilizations and its peoples, languages, and cultures.