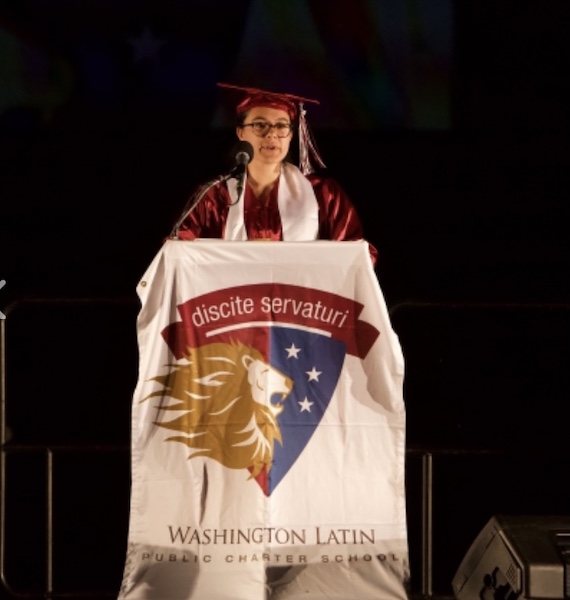 Washington Latin class of 2020 graduate Kim Montpelier earned the Linda S. Montross New Latin Educators Scholarship this year for $2000. Kim, who is a freshman at Cornell University is continuing to pursue the study of the classical tradition. The National Latin Exam also will cover the cost of her attending the American Classical League Institute this year. While at Latin she studied both Latin and Greek. Last year she presented at the annual Paideia conference in New York City on Faltonia Betitia Proba, a 4th century female Roman poet in spoken Latin!  Kim participated in previous summer activities in Latin and Greek in Europe through grants from the Paideia Institute.